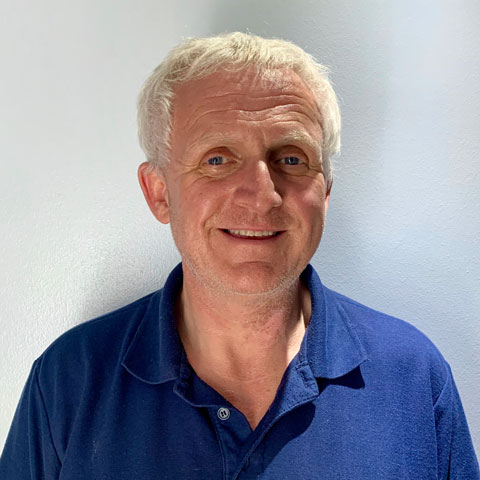 Nigel qualified from Edinburgh Royal (Dick) School of Veterinary Studies in July 1985. He started his career in a mixed practice in Wiltshire for a couple of years before moving to a large small animal veterinary group in Southsea in Hampshire, now known as Harbour Veterinary Group. For the following 10 years Nigel lived and worked in Devon on the coast in Exmouth where he developed an interest in surgery, especially orthopaedics. In 2000 he moved to Ark Veterinary Practice in Fleet for three years continuing to develop his surgical skills. Nigel had a brief adventure for six months to Lincolnshire in a mixed practice before returning to the South East and Guildford Pet Doctors for three years, finally joining the Elstead and Godalming surgeries in January 2007.

COVID-19 Update
To help keep us all safe, please do not attend the practice unless you have a pre-booked appointment, or have arranged to collect food/medication. Thank you.
Order repeat prescriptions
X

We are using cookies to give you the best experience on our website. Find out more about which cookies we are using or switch them off in settings.

Our website uses cookies to distinguish you from other users of our website. This enables us to provide you with a good experience when you browse our website and also allows us to improve our site.

You can find out more on our cookie page at any time.

If you disable this cookie, we will not be able to save your preferences. This means that every time you visit this website you will need to enable or disable cookies again.

This website uses Google Analytics to collect anonymous information such as the number of visitors to the site, and the most popular pages. Keeping this cookie enabled helps us to improve our website.

Please enable Strictly Necessary Cookies first so that we can save your preferences!